Cambridge Electric Transport is expanding its electric bike, e-Bike Cambridge! service for commuters in October to three pick-up points at Longstanton and Milton Park & Rides and Cambridge North station. The service is designed to link with bus and train services to provide a truly multi-modal and green last-mile solution.  It will also encourage commuters to park their cars outside the city. Its service from Milton Park & Ride will launch on 1 October and from Cambridge North Station in early November.

The two new e-bike hubs mean that employees working in the North Cambridge business parks can now pick up an electric bike from three separate, convenient locations and finish their journeys to work in a healthy, environmentally sustainable way that also saves them money. This network of e-bike hubs kick-starts the UK’s first commuter e-bike shared service.

The Cambridge North e-bike service will enable car drivers to choose a more sustainable method of travel to work with a car + bike or train + bike option, speeding up their commute.  Employees using the Milton Park and Ride will now avoid sitting in traffic on the busy A10, covering the last mile by electric bike

The electric bike service, e-Bike Cambridge! has already been chosen by 70 employees from over 35 companies who used the e-bikes in the pilot over July-September funded by Cambridge Science Park. These riders are finding that they are saving up to 15 minutes each way, compared to being stuck in traffic or waiting for a bus. Users have described the e-bikes as “cheaper and more convenient than car or bus.”

Employees can sign up to try one of the bikes at by signing up on the electric bike hire booking page.

Companies wishing to support employees choosing more sustainable travel options can do so by contacting Perry Carroll of Cambridge Electric Transport at perryc@nullcambridgeelectrictransport.co.uk. 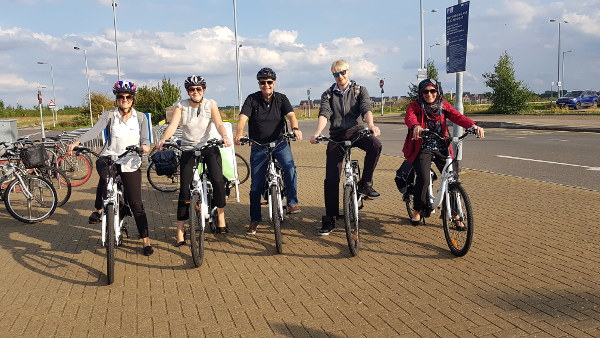 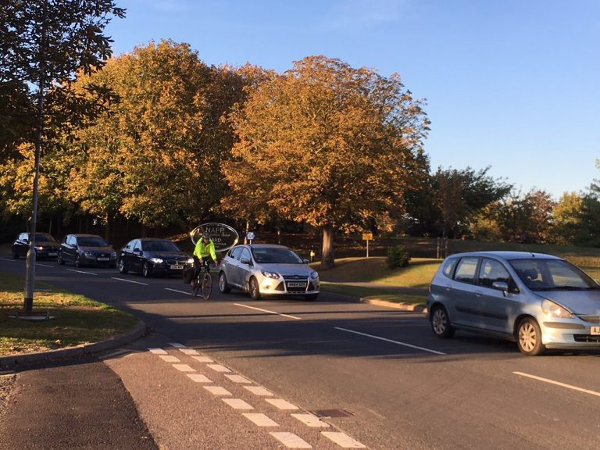 Avoid traffic on busy A10